"I was lucky¬†enough to build an MV Agusta for none other than MV,¬†Motul was one of the Sponsors and asked me to bring to bike up to Laguna Seca for the Superbike race. During the weekend, the owner Of Alpinestars, Gabriele Mazzarolo,¬†¬†came to see the bike a few times, and we started a dialog about shapes and passions for all the classic Italian shapes¬†of the past.
My Dad owned the Ferrari dealership for¬†San Francisco when I was a kid, I grew up in the shop and worked there, this was the beginning of my passion for the pursuit of these shapes and raw engineering. I saw the possibility to build the bike I always dreamed of building ‚Äî it would b¬†Ducati based all the way.
To be clear I had no deal with Gabriele to build this bike but I had a good feeling he would appreciate it. This was the dream, and after getting home from the races I started looking into it.
A 1974 Ducati 750 Sport popped up for sale in San Francisco with a full blown V2 built race motor in it. The owner had built this bike to race, but never had the nerve, so¬†it¬†sat in his living room for years. He had taken the original motor out and put in a custom made crate, back in the day he¬†had¬†also found the perfect headlight lens, worth like $3500 bucks today . So this was my crazy plan; to buy the bike, take the motor out, put the bike back to original sell it and then sell the V2 Motor and break even, crazy right!? No, because even if Gabriele did not go for it, I would have a Round case 750 sport V2 motor in my hands.
I was able to set up a meeting with Him at like 9PM in my shop and pitched¬†the idea to him, after that, it was on.
The plan was " new and old ". New components, like high spec breaks and suspension / modern frame geometry with the heart of a vintage race bike. I was able to enlist the best frame builder¬†there is, Jeff Cole, to build the main section of the frame as he had a jig from back in the day. I was able to get a set of forks from Graves racing and Jimmy Woold made a hand build shock. We used as many ¬†Italian parts as possible, that was easy ‚Äî Brembo breaks, Marchesini wheels and so on.
The styling just came from the old shapes I saw as a kid. The seat¬†was inspired by Nicky Haydens 2013 Moto Gp Ducati, as he had just passed away. All the bodywork was hand made out of Aluminum and Sadelmans made the seat pad with stitching patterns form Bugatti.
Gabrirele was good friends with the guys at¬†Akrapovic and they wanted to help out. So they sent me a box of¬† amazing Titanium bends and muffler shells. I made the exhaust system, took it off and sent it to them to duplicate. the final product was incredible,¬†the way they do tapered bends and perfect welding is second to none.¬†This was 100% a passion project, and we as a brand were so proud to be able to build this bike.
The bike rides like a modern sports bike, but the shifter is on the right and it has long legs for long distances between gears and just leaves you with the feeling of the past, but stops you in the present. " - Michael Woolaway 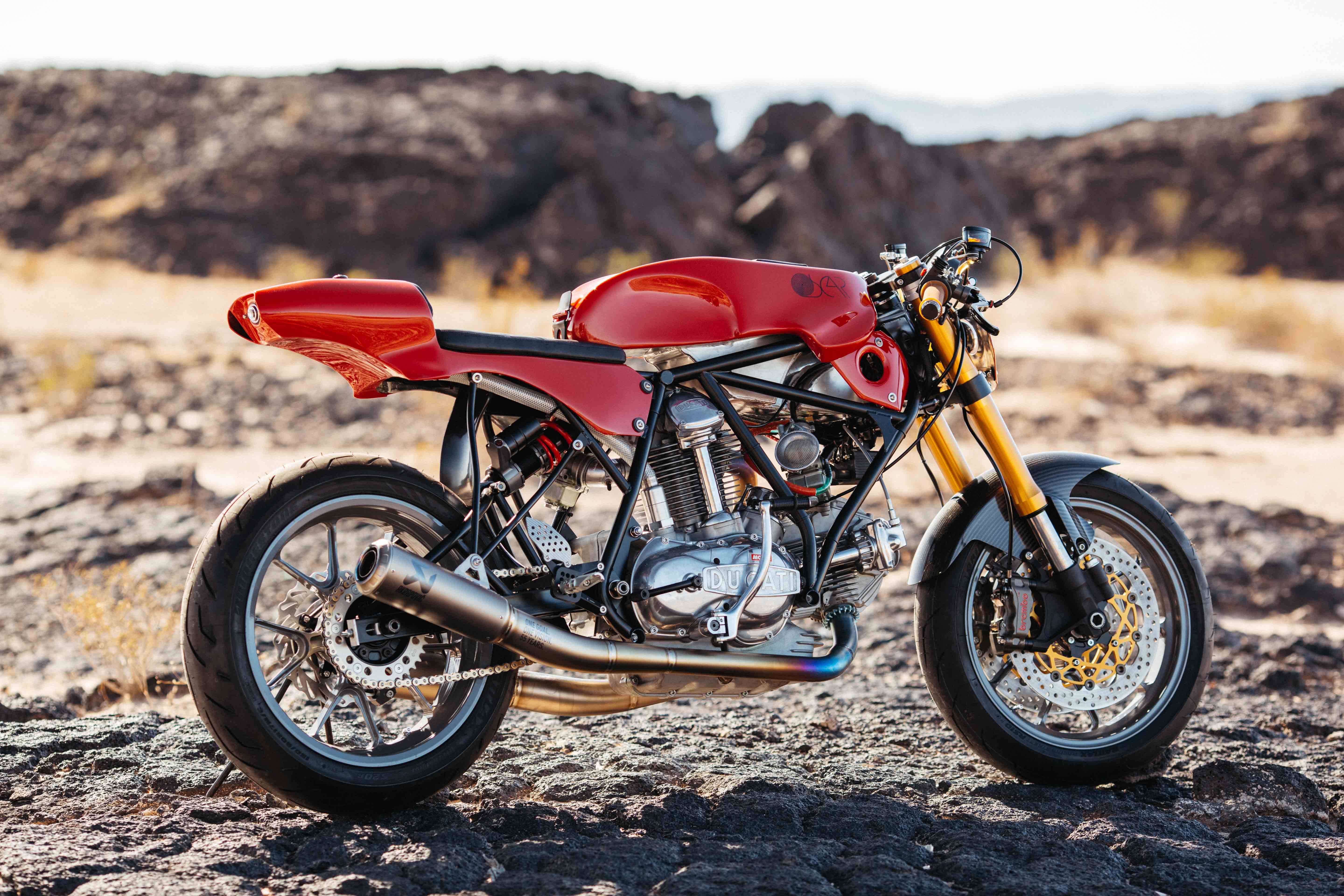 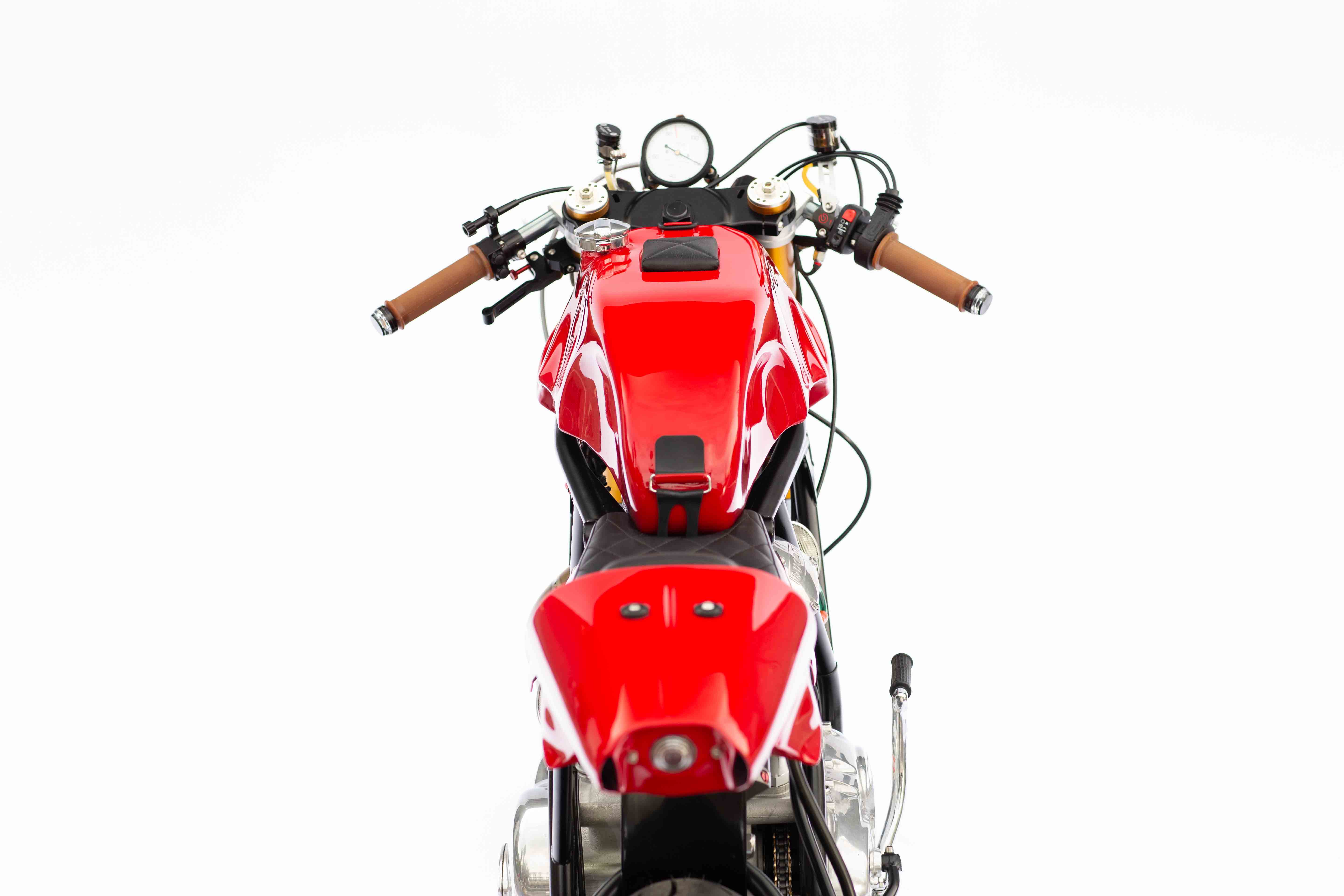 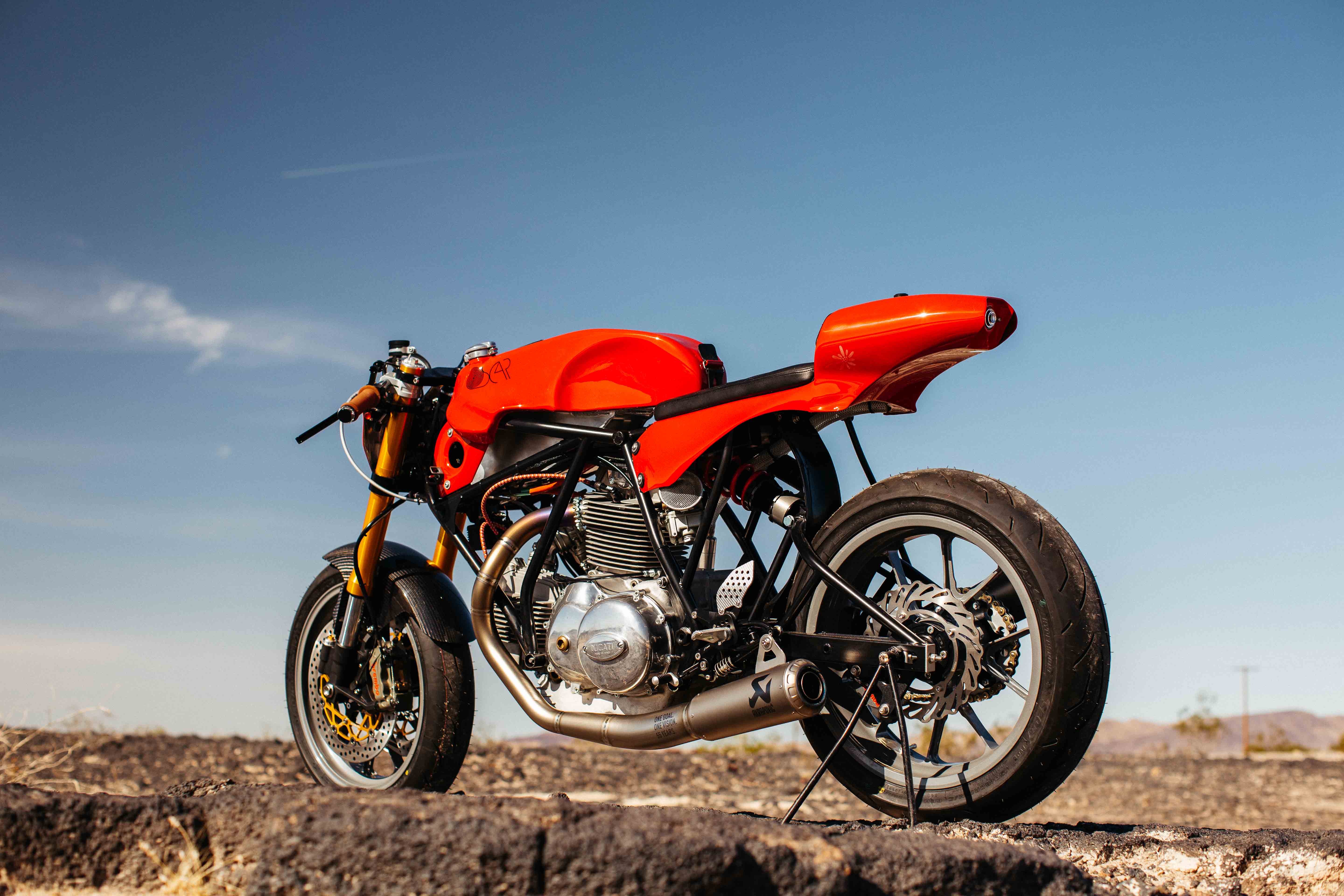 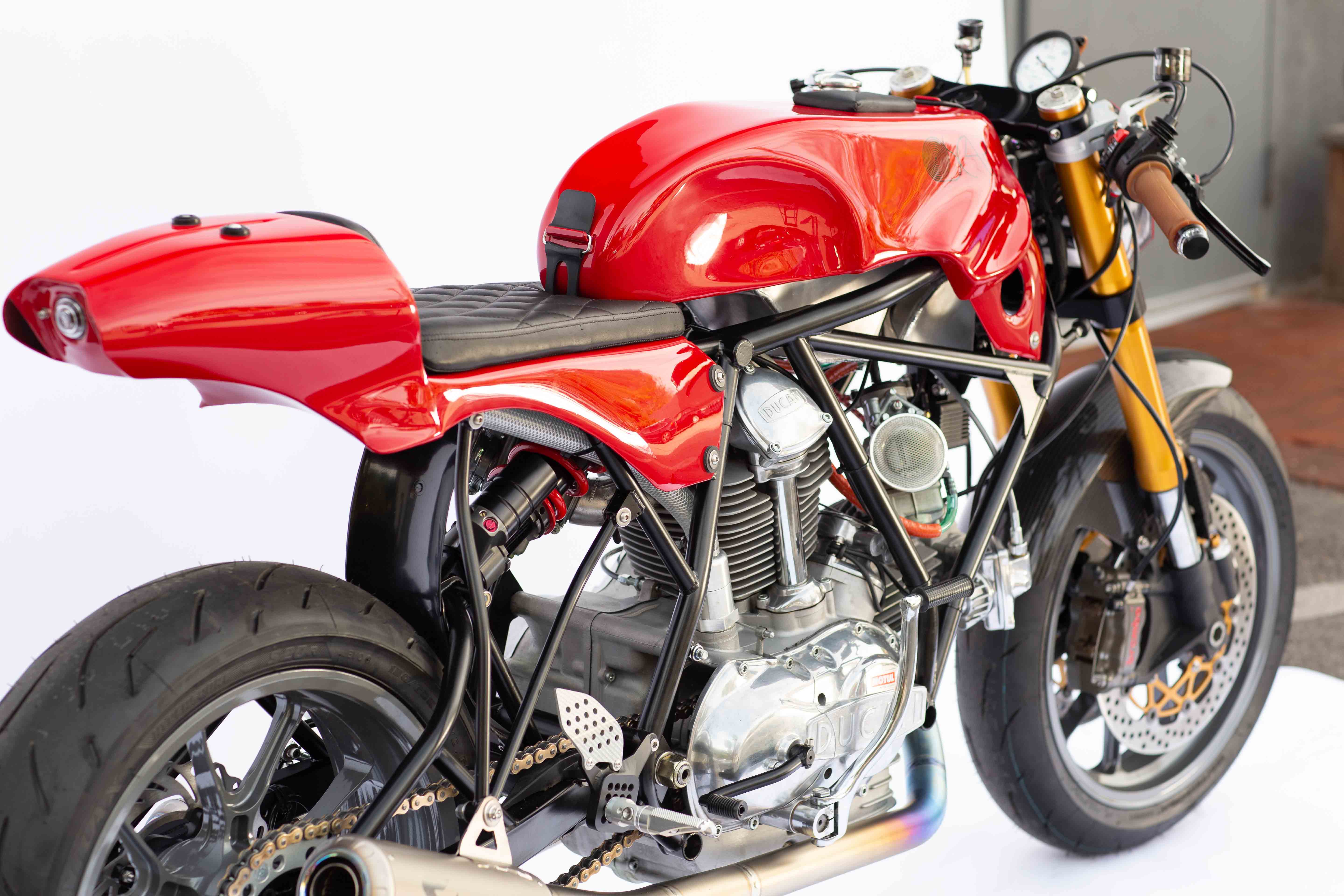 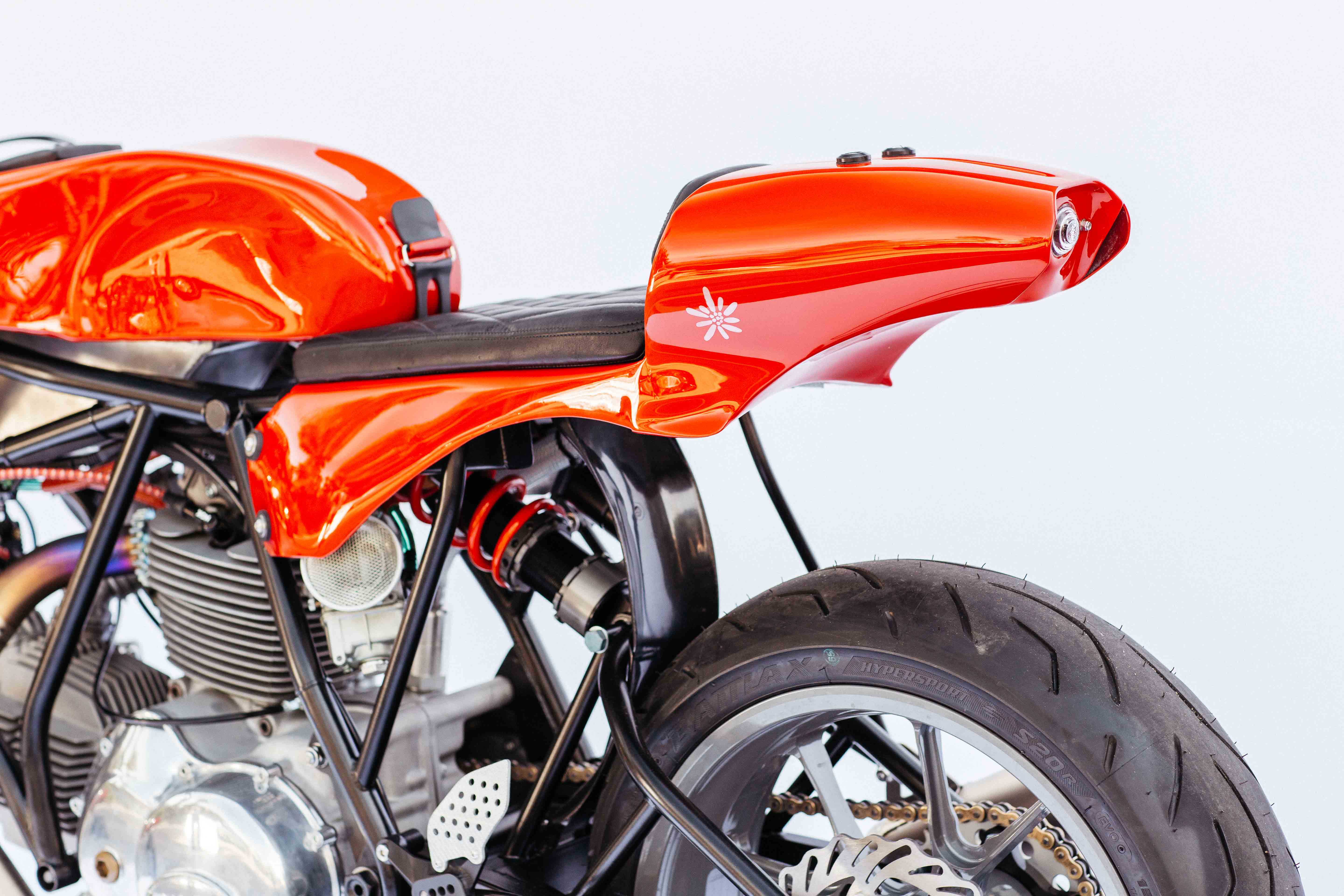 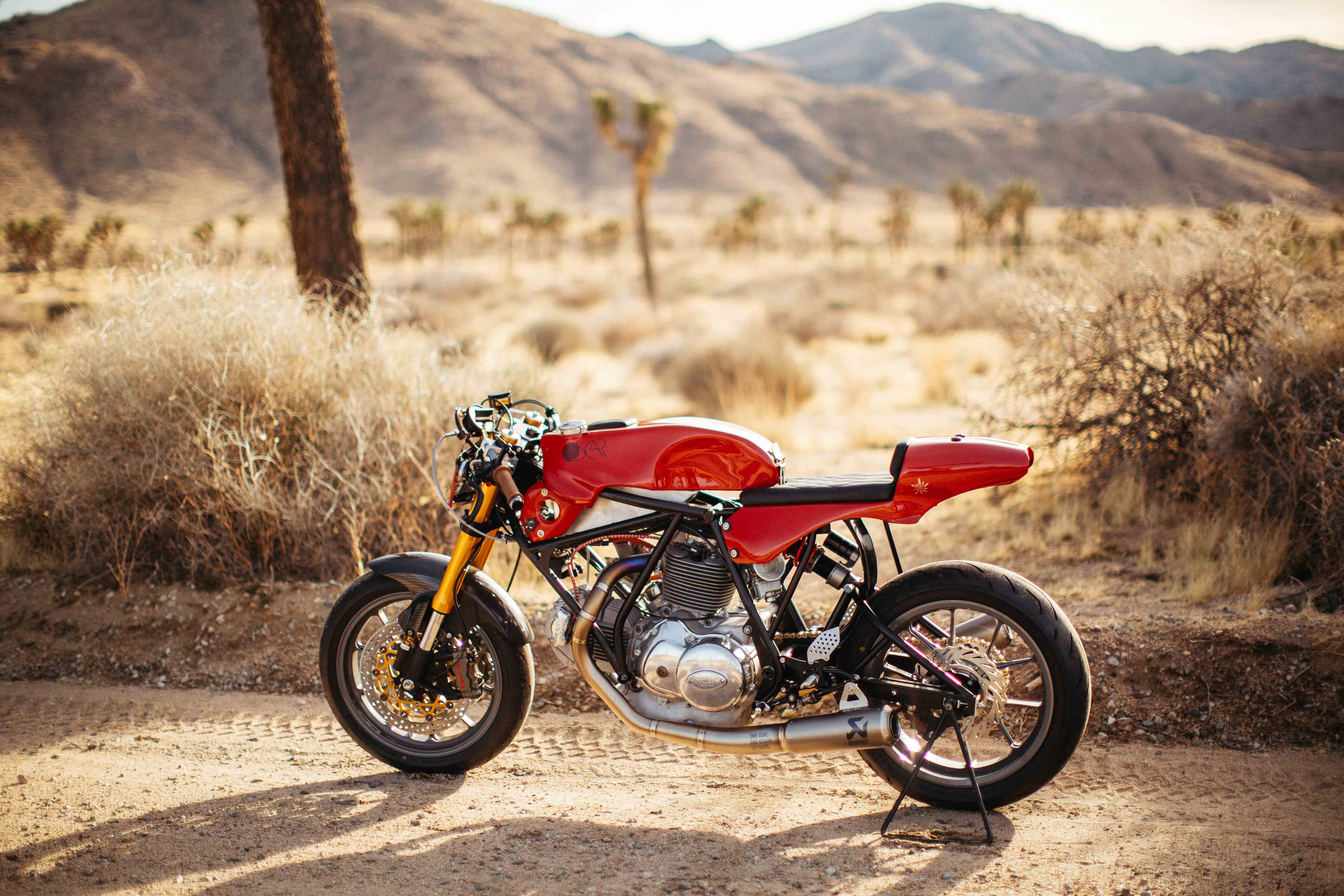 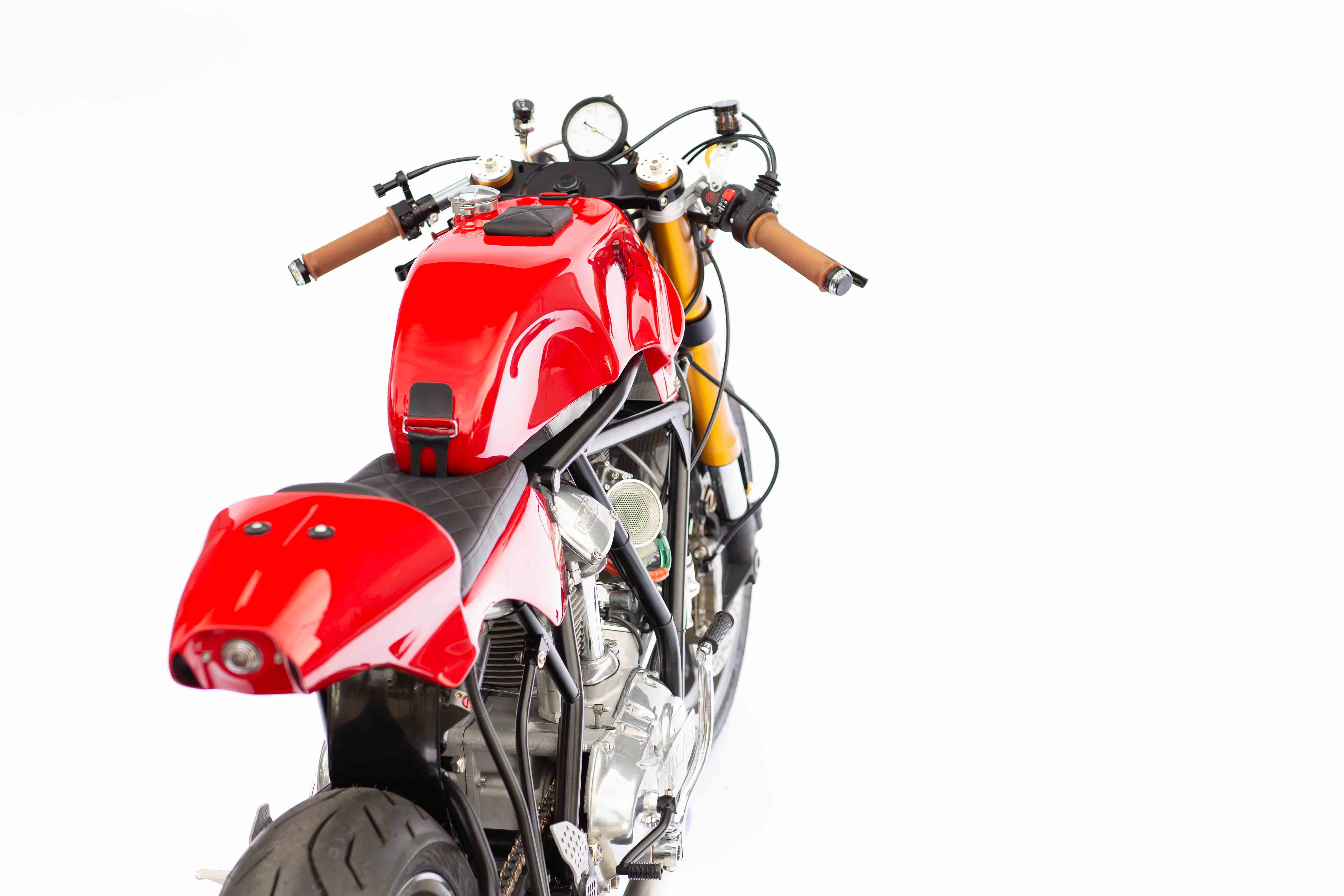 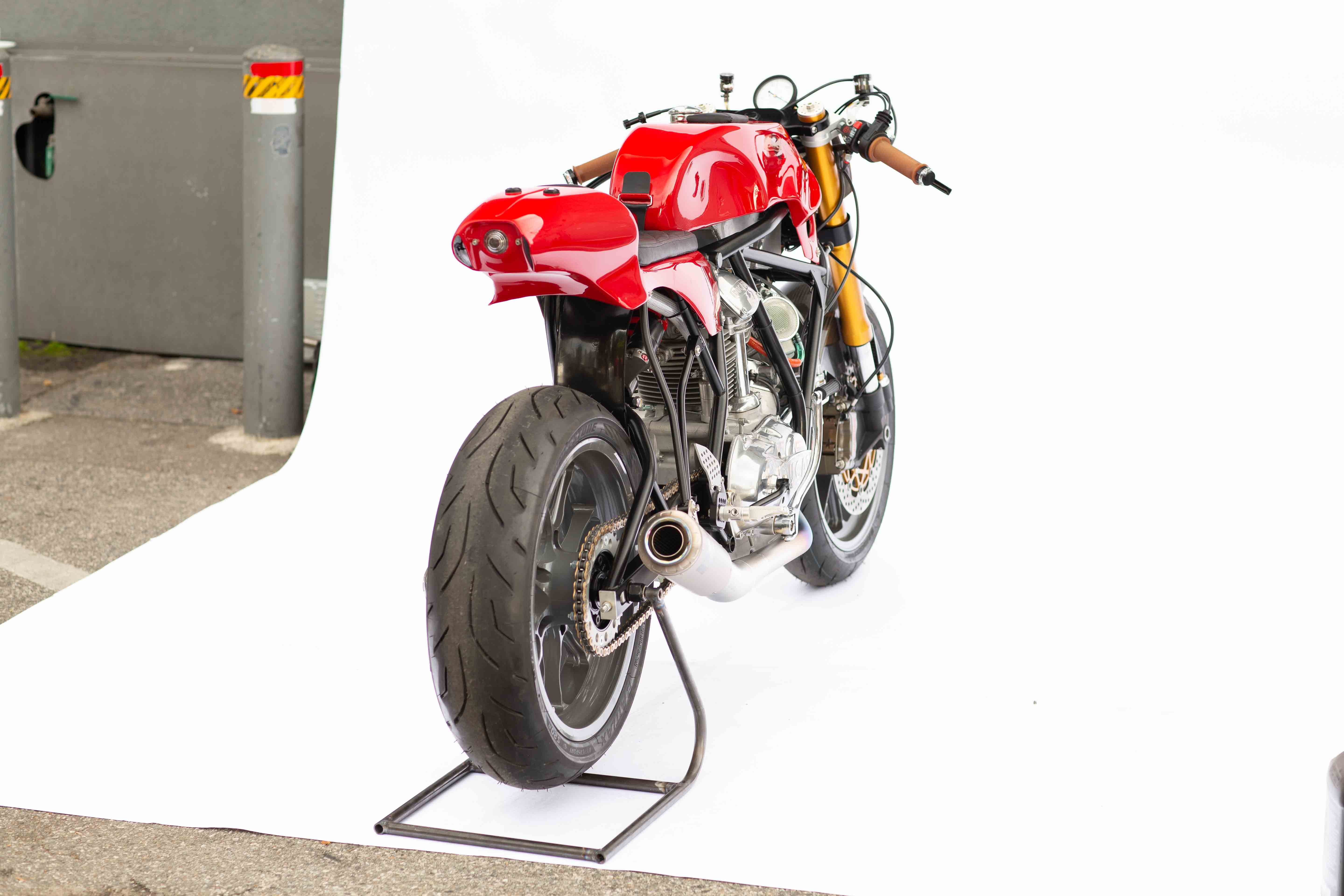 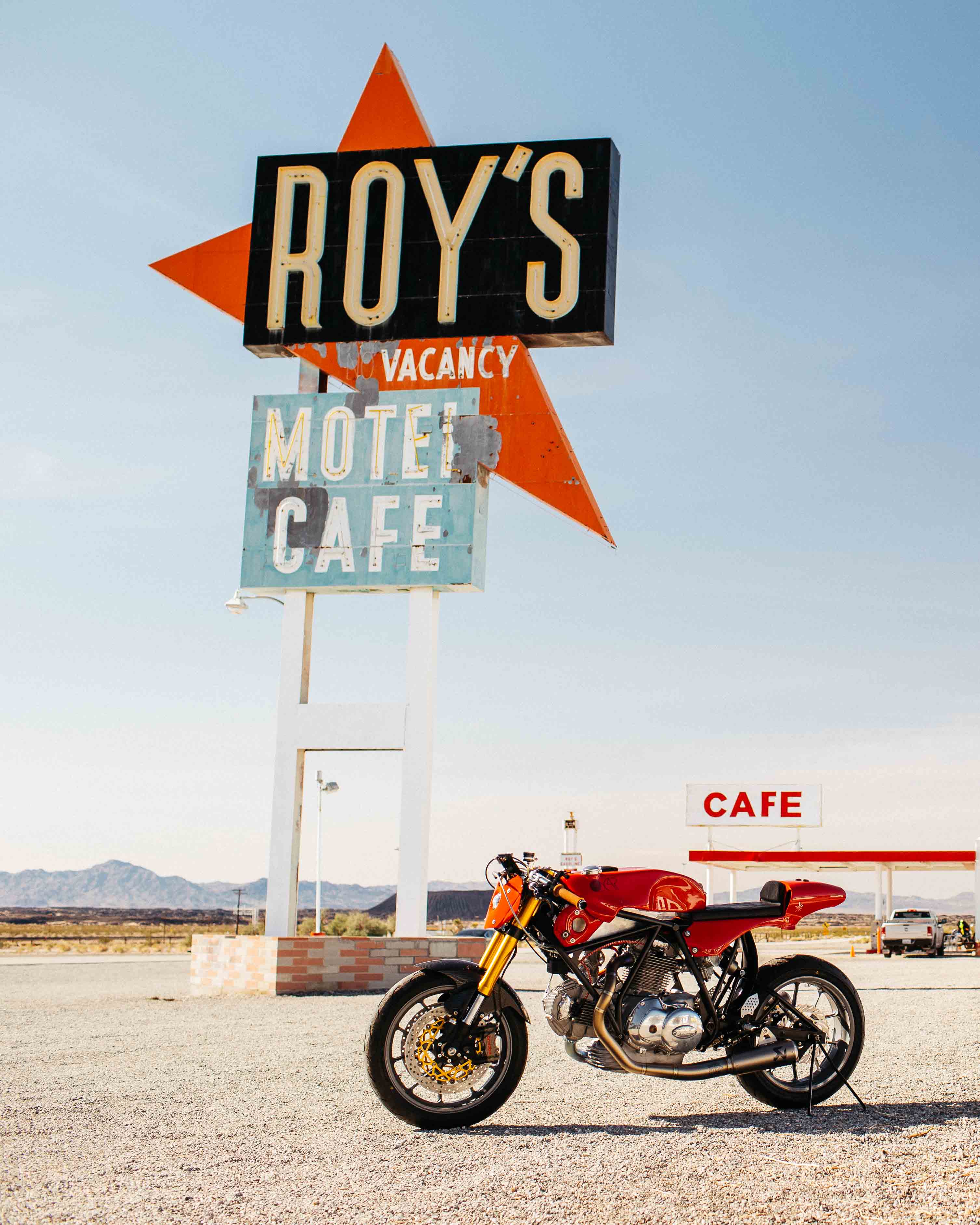 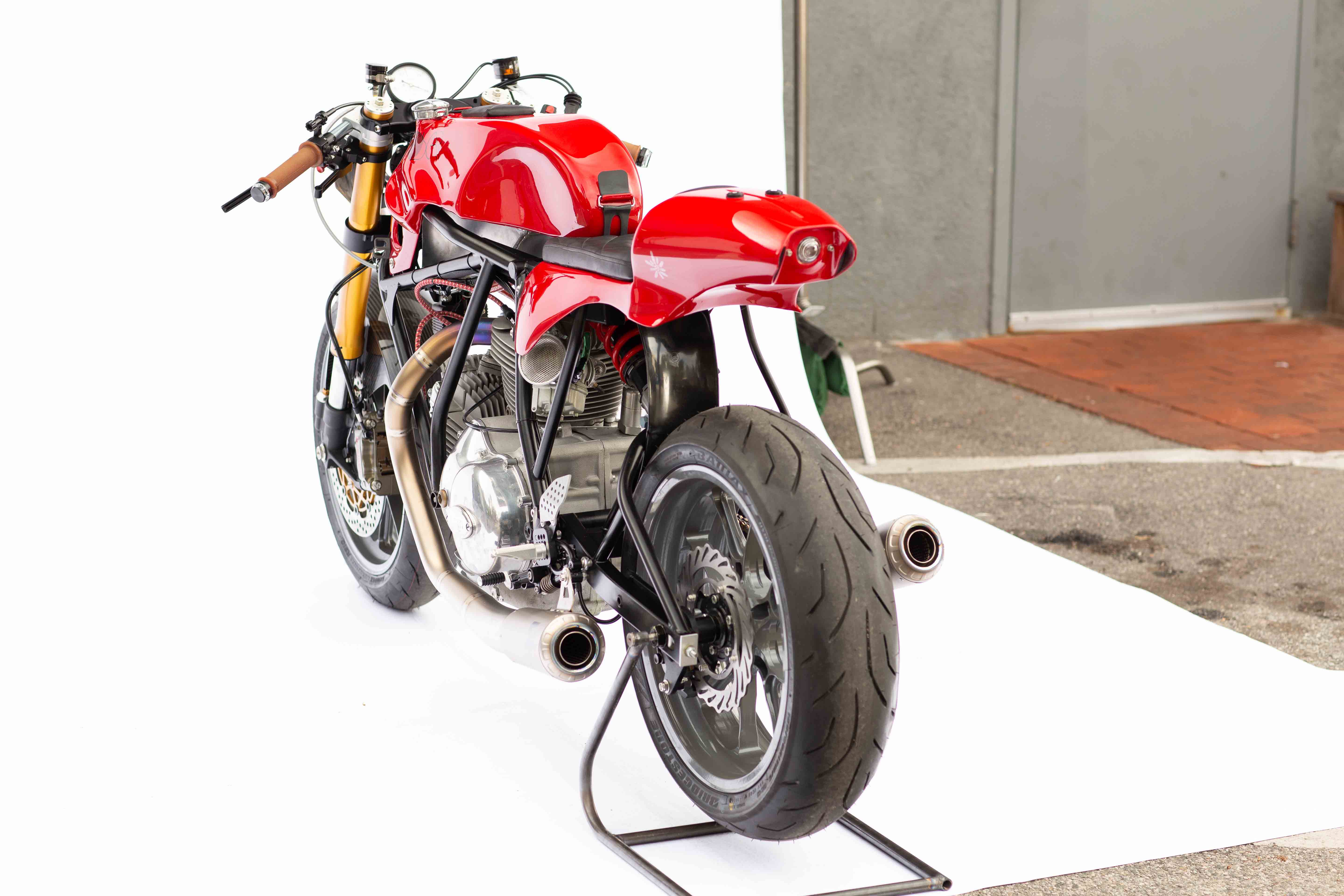 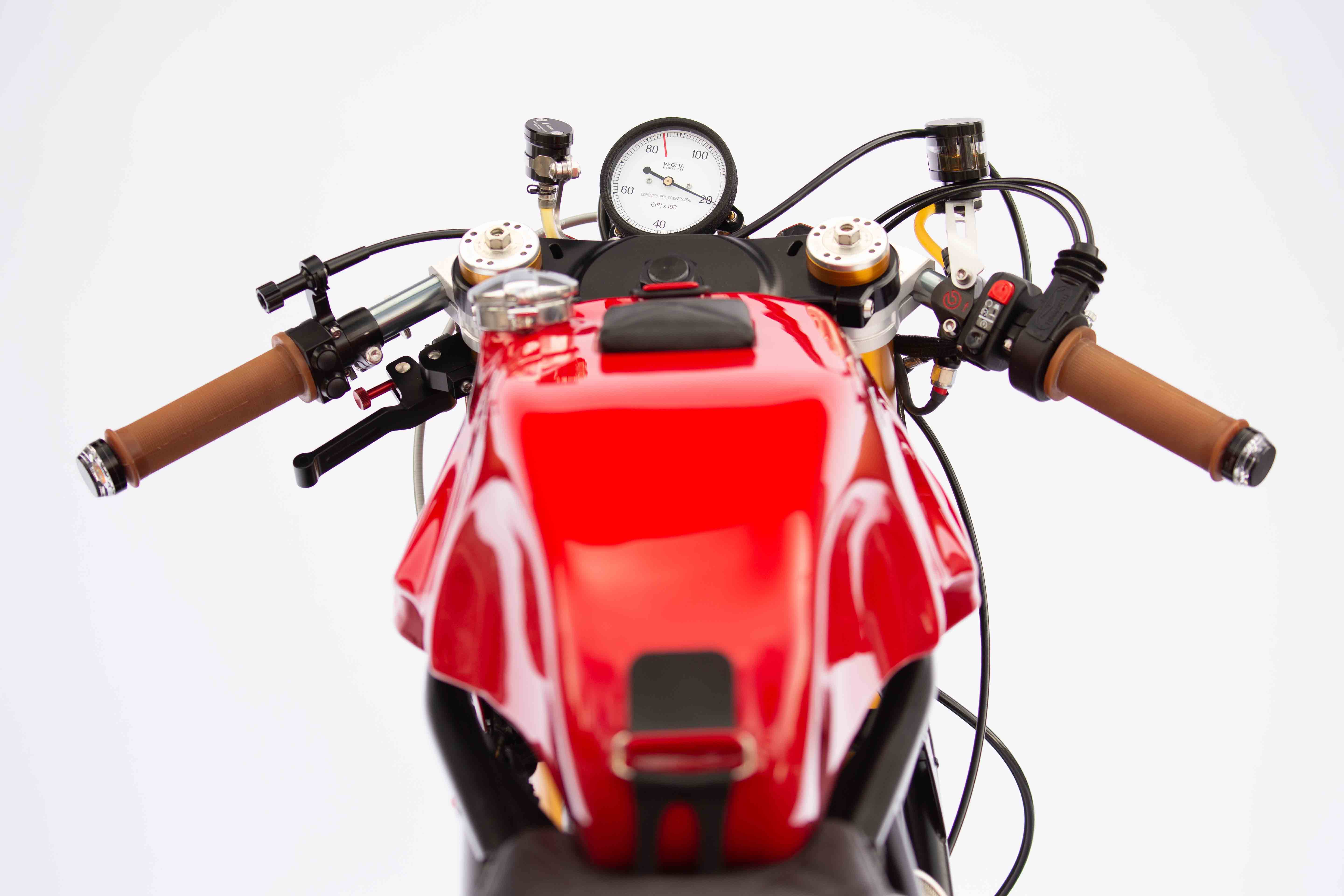 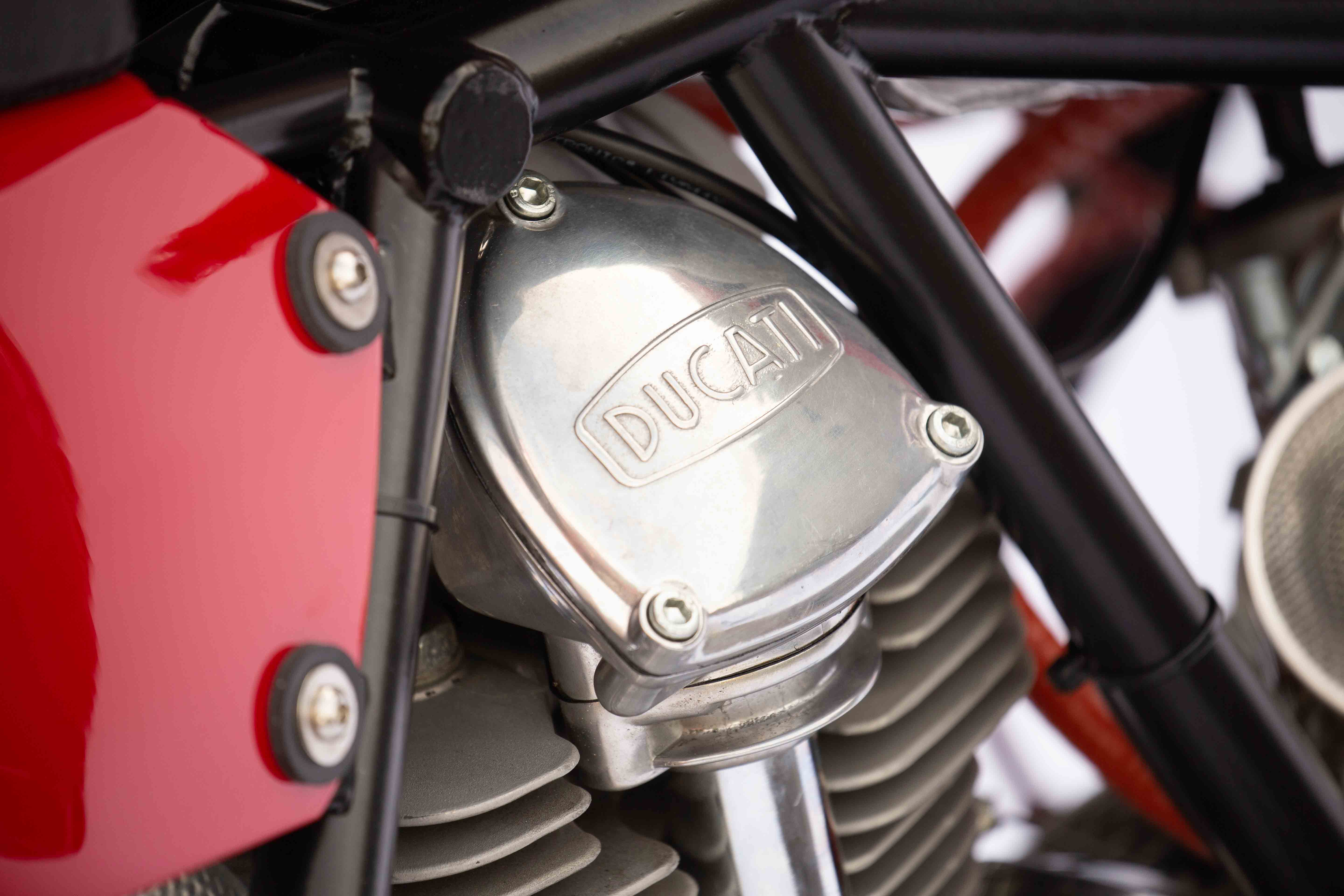 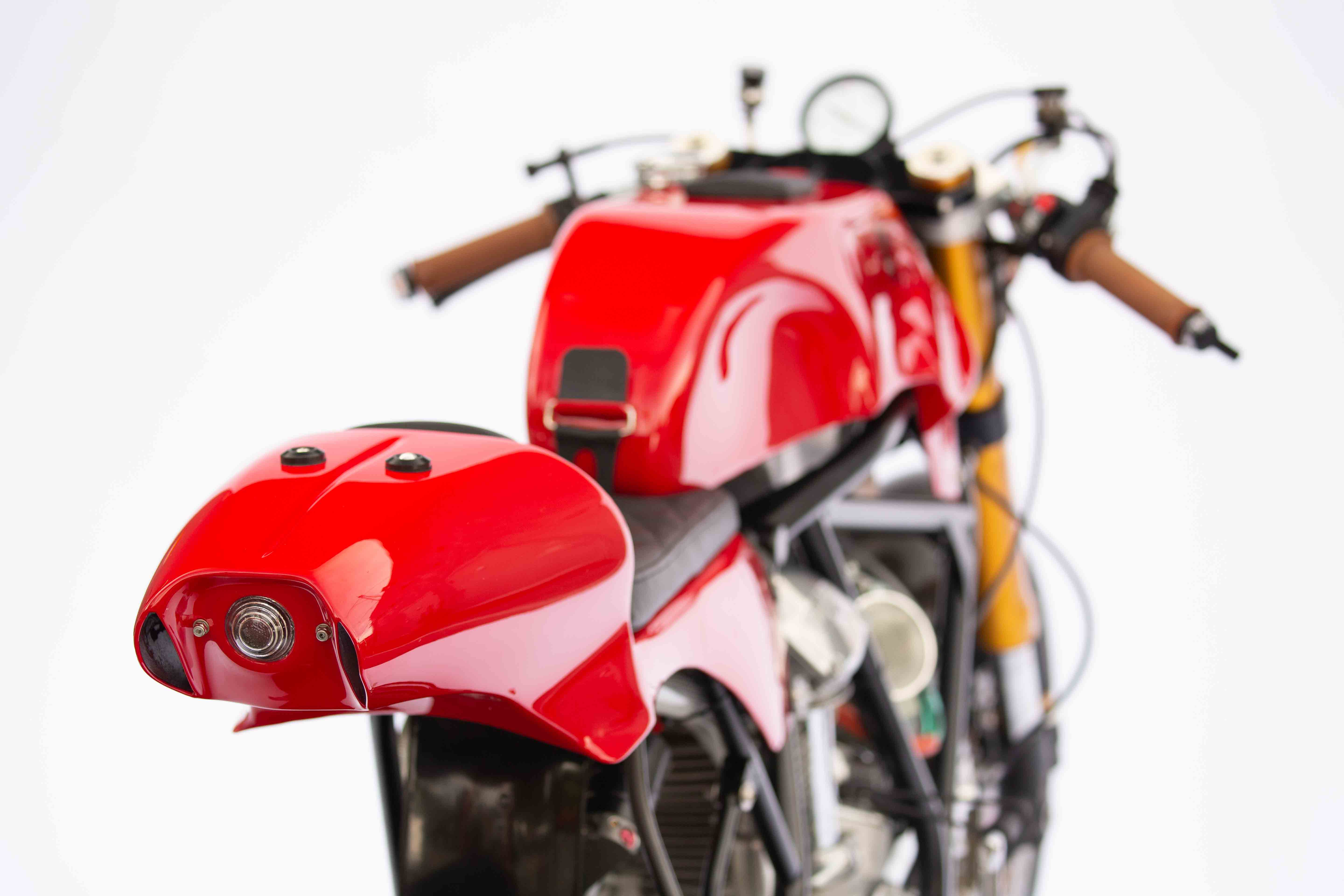 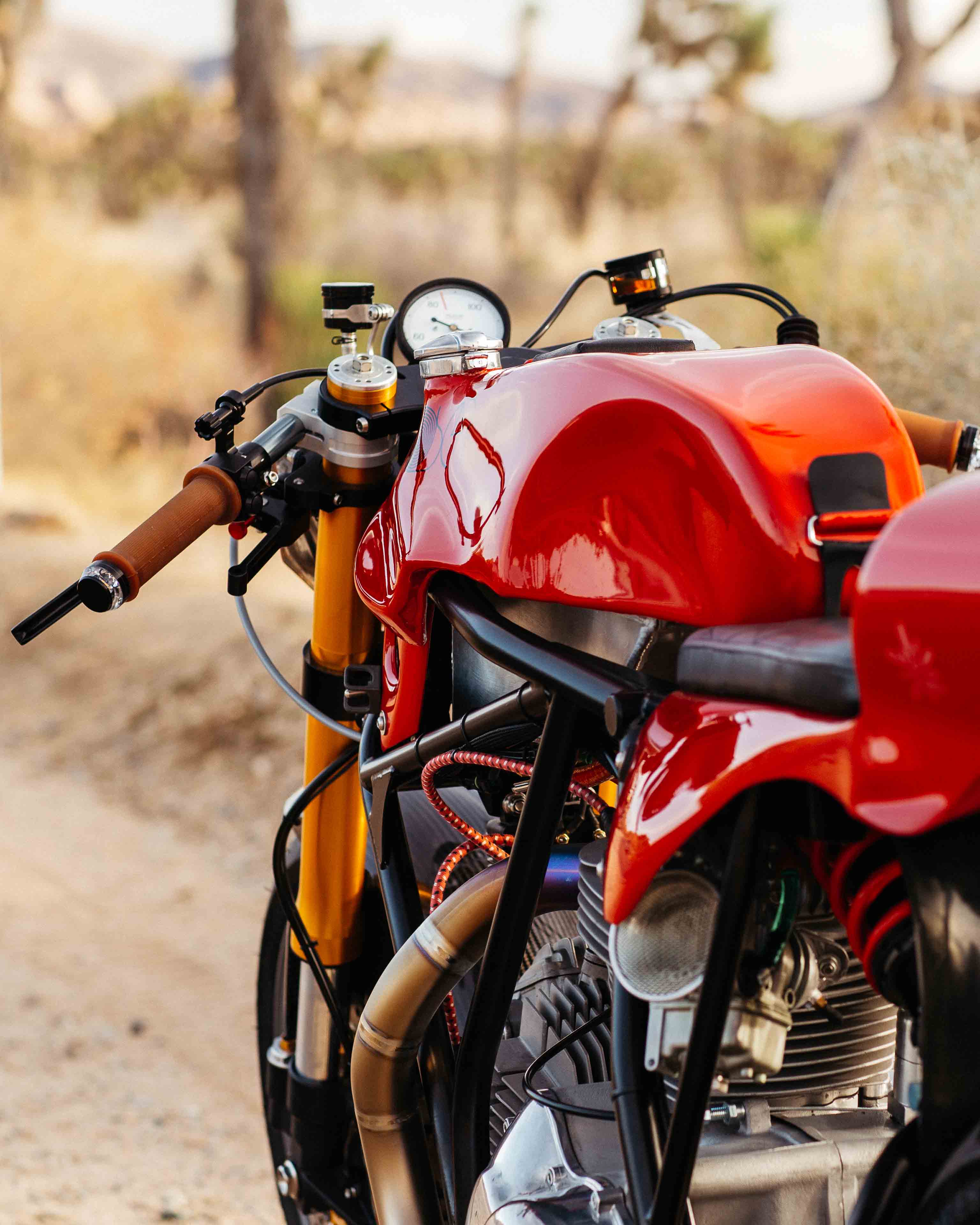 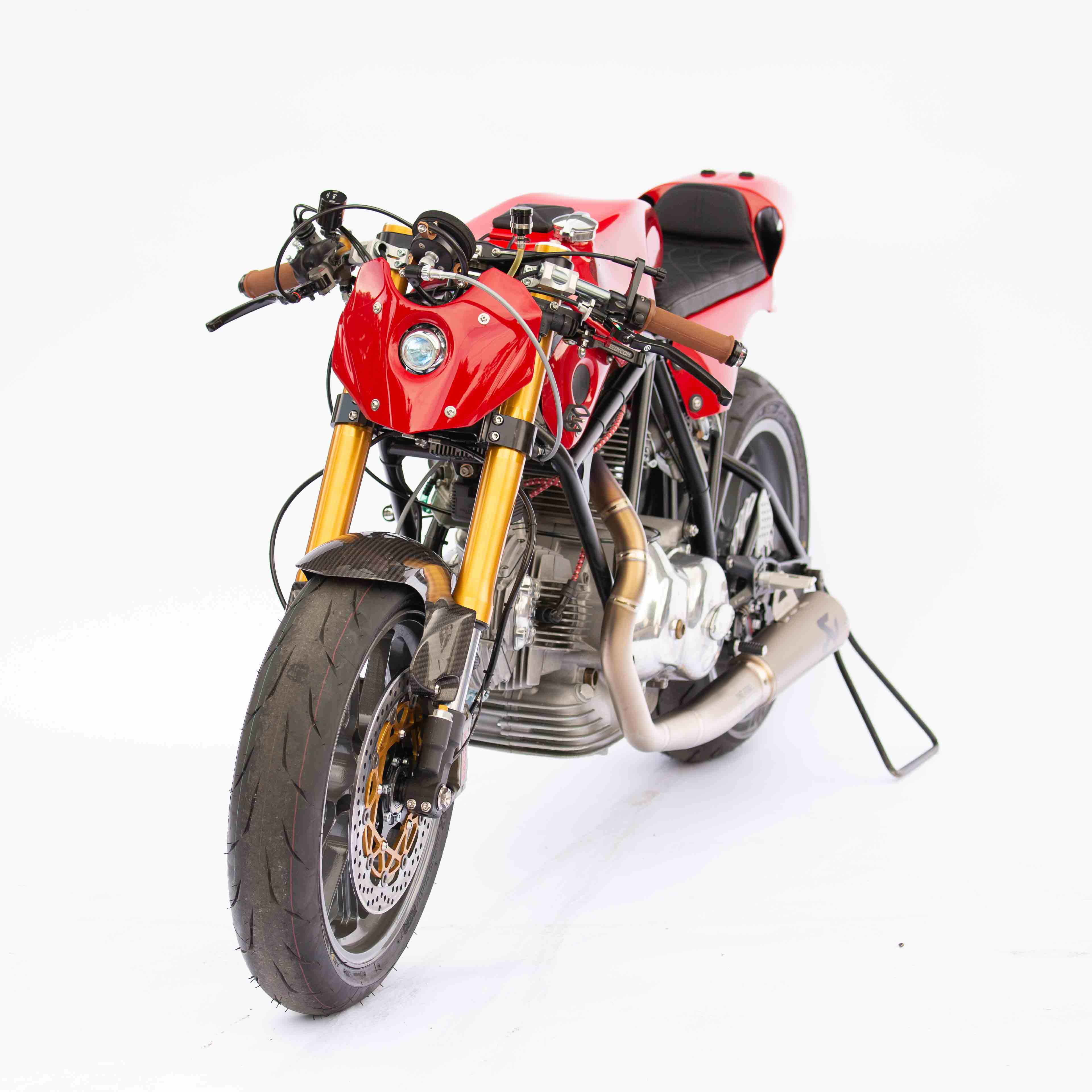