When the Swedish, though German owned and oddly enough, Italian based, motorcycle manufacturer Husqvarna came to Bali and set up shop, we were a little more than excited. Affectionately known as ‚ÄúHuskys‚Äù, these are the bikes Steve McQueen went from Triumph to. He and Malcolm Smith are seen riding them in the motorcycle classic ‚ÄòOn Any Sunday‚Äô. When the then, highest paid actor in the world, does that, it‚Äôs bound to send ripples across any pool. In this case it was Husky and the direction was into the lime light. Nowadays they are still the kings of off road & Enduro. Not bad for a company that started making motorcycles in 1903.

Rupiahless, we had to bide our time till the finance planets aligned to get our grubby little fingers on one. Then it did, so we did. So much to chose from and only enough or one. Which one will it be?

We settled on a TE250. That‚Äôs the World Enduro Championship winning TE250 in case your wondering. Husqvarna reckons that the TE250 spends over 90 percent of their time off road. Talk about a red flag to a bull. Unless you count Bali roads as off road, and in a lot of cases they are, we set out to skew that bias back towards the tar. If your not aware, Enduro means street legal. Need more help? Drag a mental picture up of a dirt bike. Got it? Now add a license plate, lights, indicators and your pretty much there.

Where does one start on such a project. We liked the overall stance and lines of the bike though we are not fans of the plastic fantastic‚Äôs they have become. On the plus side it had a truck load of stuff you‚Äôd want, starting with perhaps the lightest, nimblest street aspired though dirt enabled, fuel injected, four stroke, liquid cooled, single pot motor on the market. The thing is small, think minimalist if you like. It sports titanium valves, a close-ratio six-speed transmission and a light-action hydraulic clutch.

So it began the rather arduous task of what to take and what to leave. It wasn‚Äôt suppose to be this way but in the end a new subframe needed to be made, not only to take the new seat, tank and what have you but to refine the lines. The custom metal tank is definitely something of a ‚ÄòHomage‚Äô to the 1970‚Äôs ¬†Husky 400 Cross ridden by McQueen and Smith with it‚Äôs bit of side bling. In our case it was inlaid, flush fitted, polished alloy side covers then we topped that off with a polished alloy belt right across the top. A Nitro head-set was added, as was a custom header pipe running into a custom reverse cone exhaust with an alloy tip. The engine got a nice wrinkle black finish and polished side cover. The radiator was swapped out for one off a Kawasaki KLX. For rims we went black front and back; 250-18 on the front and 300-18 on the back. To them we added Heidenau Enduro rubber; on the front 120-80-18 and on the rear, 140-80-18.

Then it was bits and bobs; more apt tail light and indicators, a sweet Acewell speedo, custom built fenders and alloy chain guard, paint job and a sweet second homage, though this time to Husqvarna and this time from the design guys. They came up with a sweet special logo to whack on the side of the tank.

Standing back looking at this bike being photographed, and having ridden it, we, to a man, think it‚Äôs one of our best Bali builds. But then again as any good cook knows, your only as good as your ingredients 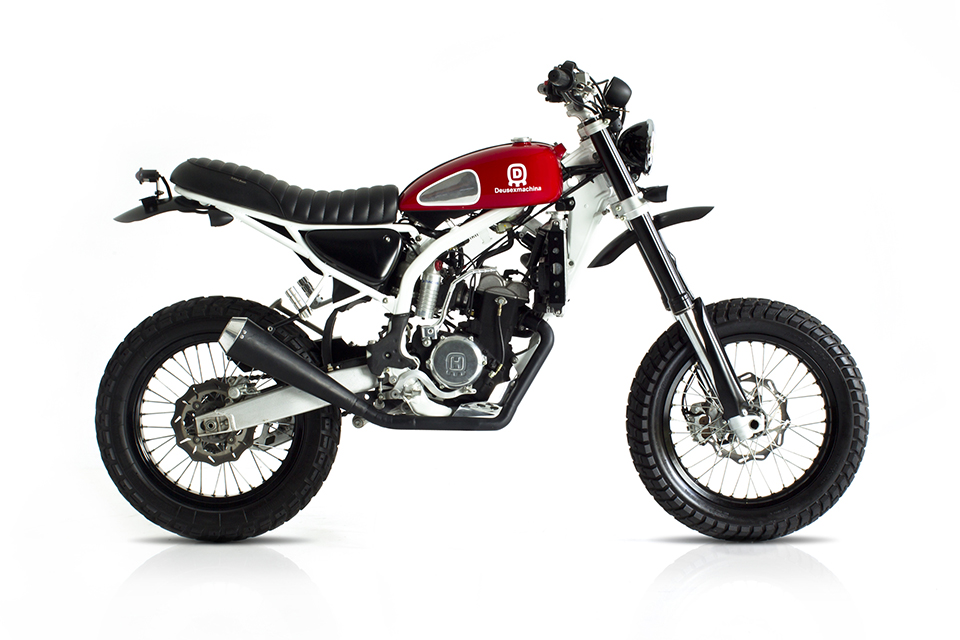 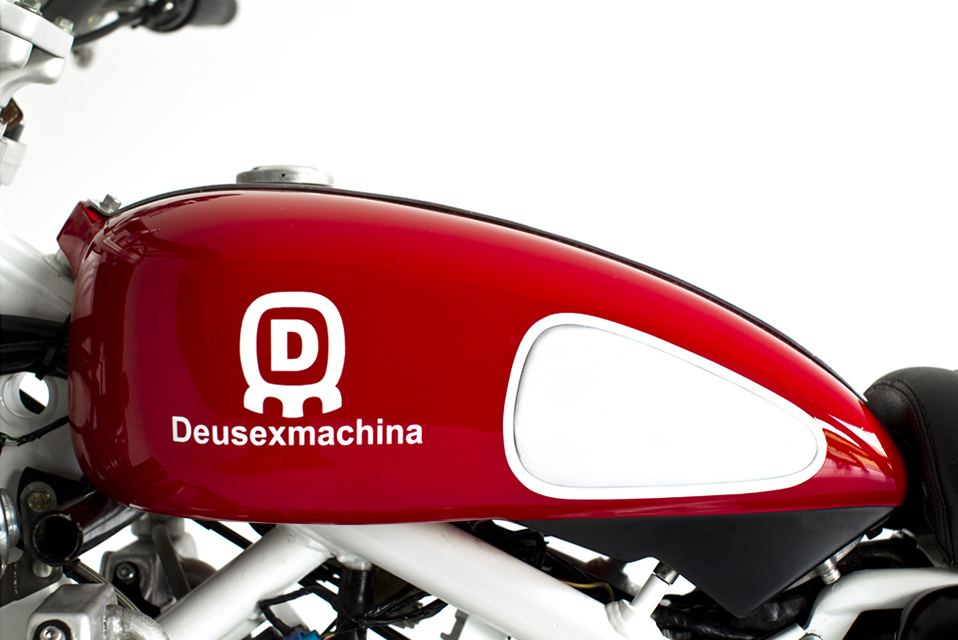 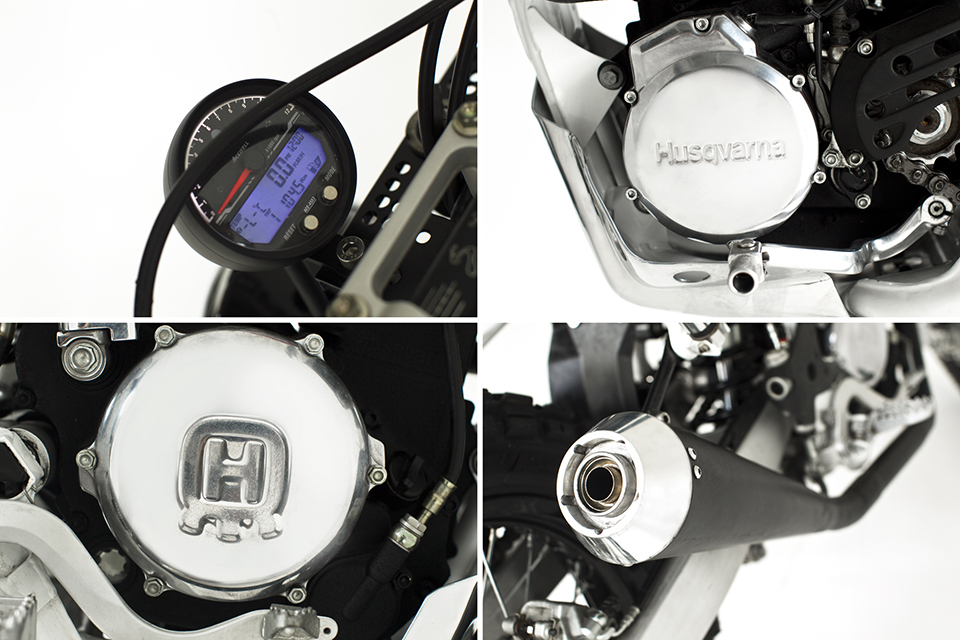 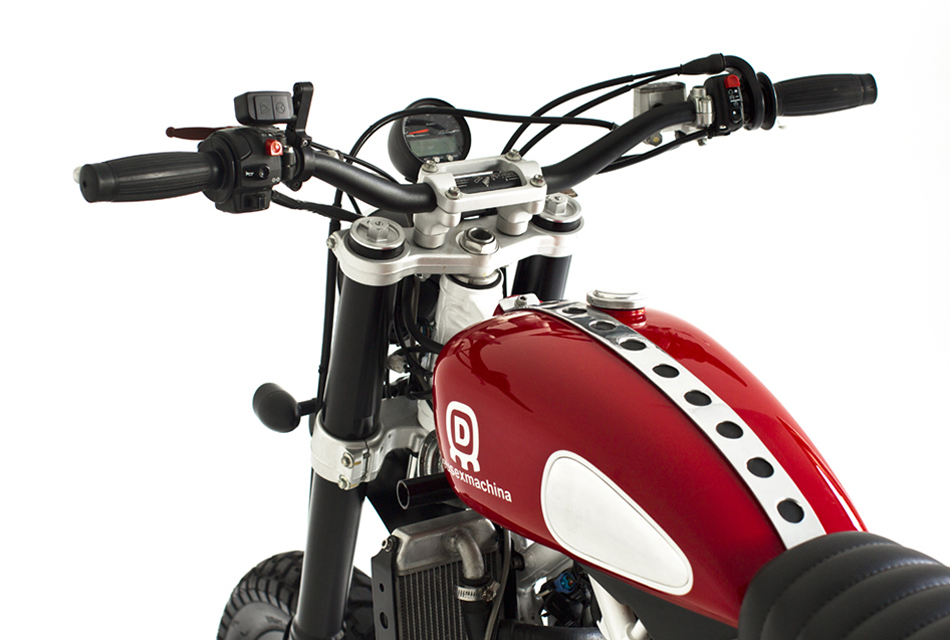 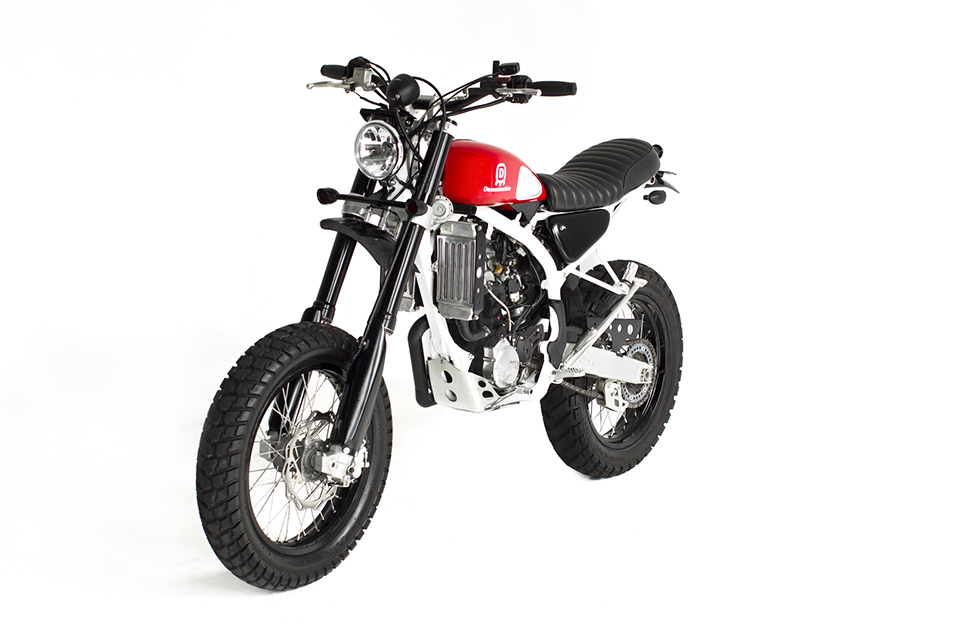 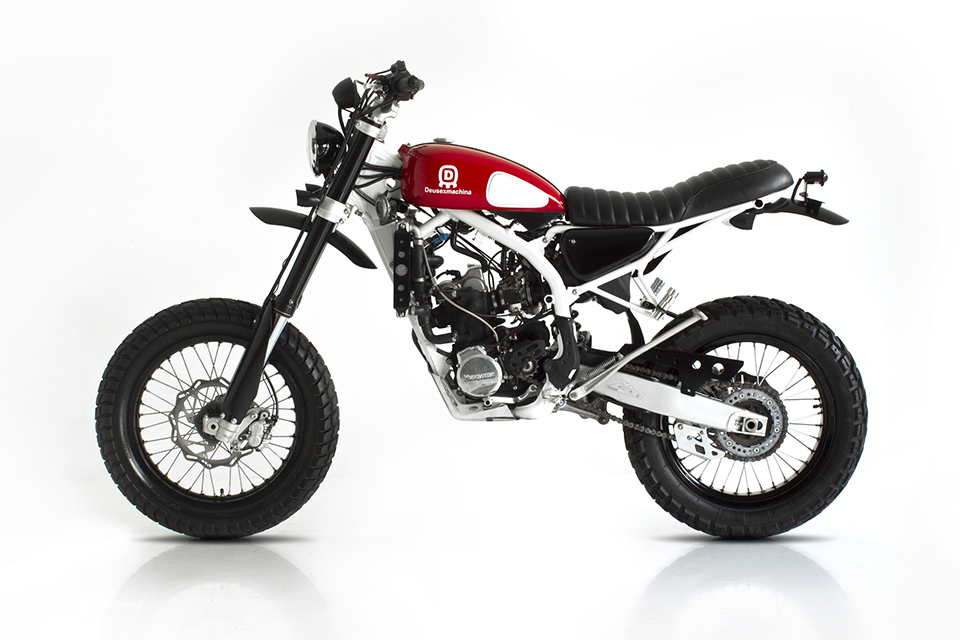